ORIGINAL STORY (April 20, 2021): We’ve officially entered into the latter half of April, and sportswear labels across the board have a barrage of new footwear launches to unpack as the calendar swiftly moves into May. This week, we’re seeing new items coming out from the Beaverton juggernauts of Nike (NYSE:NKE +2.19%) and Jordan Brand, a new collaboration between Jaden Smith and New Balance, team-ups from South Park and Human Made with adidas (XETRA:ADS.DE -0.26%) , a 4/20-inspired SB Dunk High and more. However, before we bring up these releases, let’s first get you up to speed on all of the most notable footwear news that popped up last week.

Jordan Brand made some major headlines as it officially uncovered the impending Air Jordan 13 “Red Flint”, as well as confirmed the highly-anticipated return of the Air Jordan 4 “Lightning”. Moreover, we were able to capture a closer look at the Air Jordan 1 High “Court Purple” and do a deep dive into the story behind the A Ma Maniére x Air Jordan 3 through our exclusive interview with James Whitner. The Jumpman’s Beaverton neighbors at Nike also unveiled some hot ticket items including the Kobe 6 Protro “Del Sol”, the Off-White™ x Nike Dunk Low “The 50” in “Black/Silver” and Supreme‘s forthcoming Air Max 96 colorways in “Black” and “Camo”.

As usual, Kanye West and the Three Stripes made a decent amount of noise last week by providing first looks at the marbled YEEZY BOOST 350 V2 “MX Rock” and announced another reissue of the popular YEEZY BOOST 700 “Wave Runner”.

In terms of other brands within the space, a sleek Fear of God Slip-On was teased by the brand’s head honcho Jerry Lorenzo, Suicoke revealed its newest collaborative capsules with NEIGHBORHOOD and John Elliott and Vans showed off new collections with The Webster and Dime. Furthermore, Reebok officially announced its playful footwear project with the nostalgic board game Candy Land.

Are we all caught up? Perfect. Let’s get down to this week’s 10 best launches. Take a peek at our list below, and head over to HBX to check out even more new footwear styles. 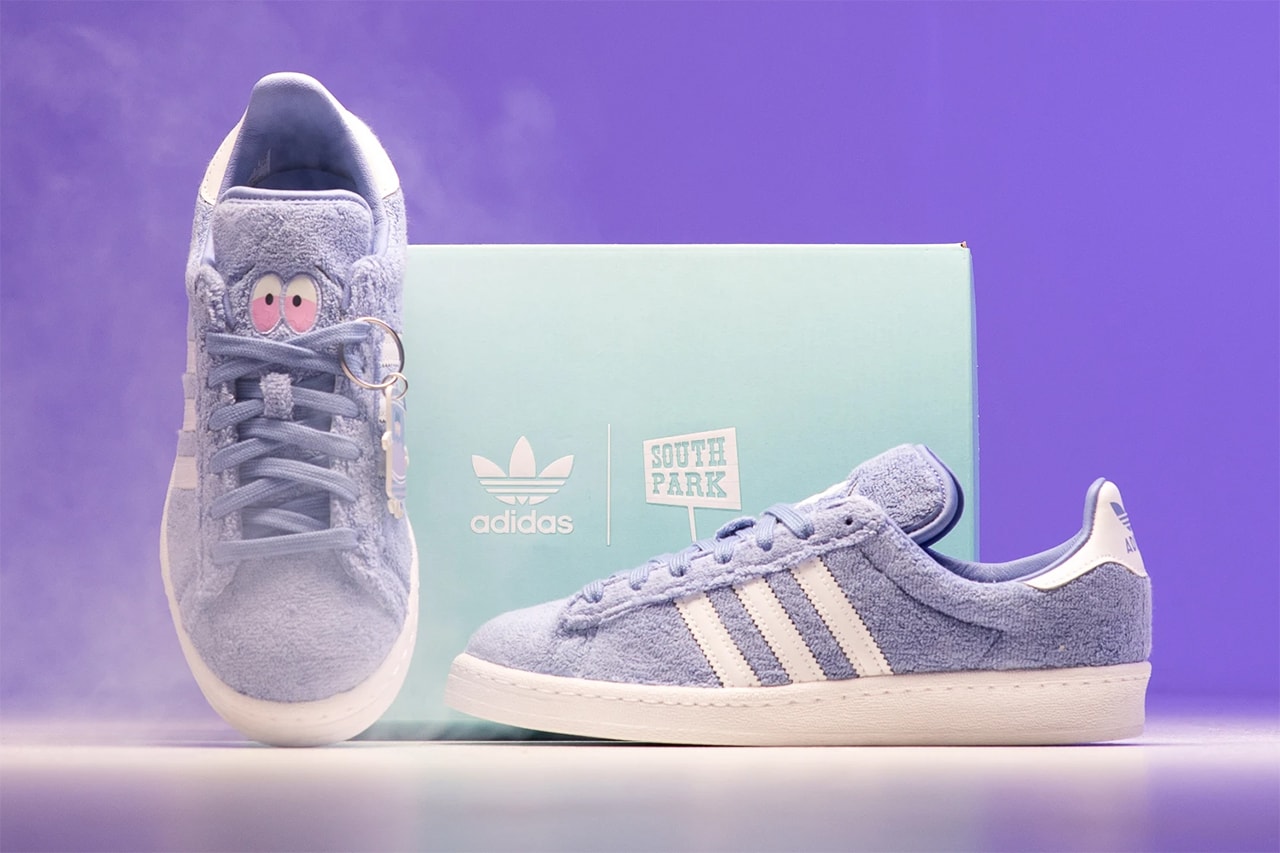 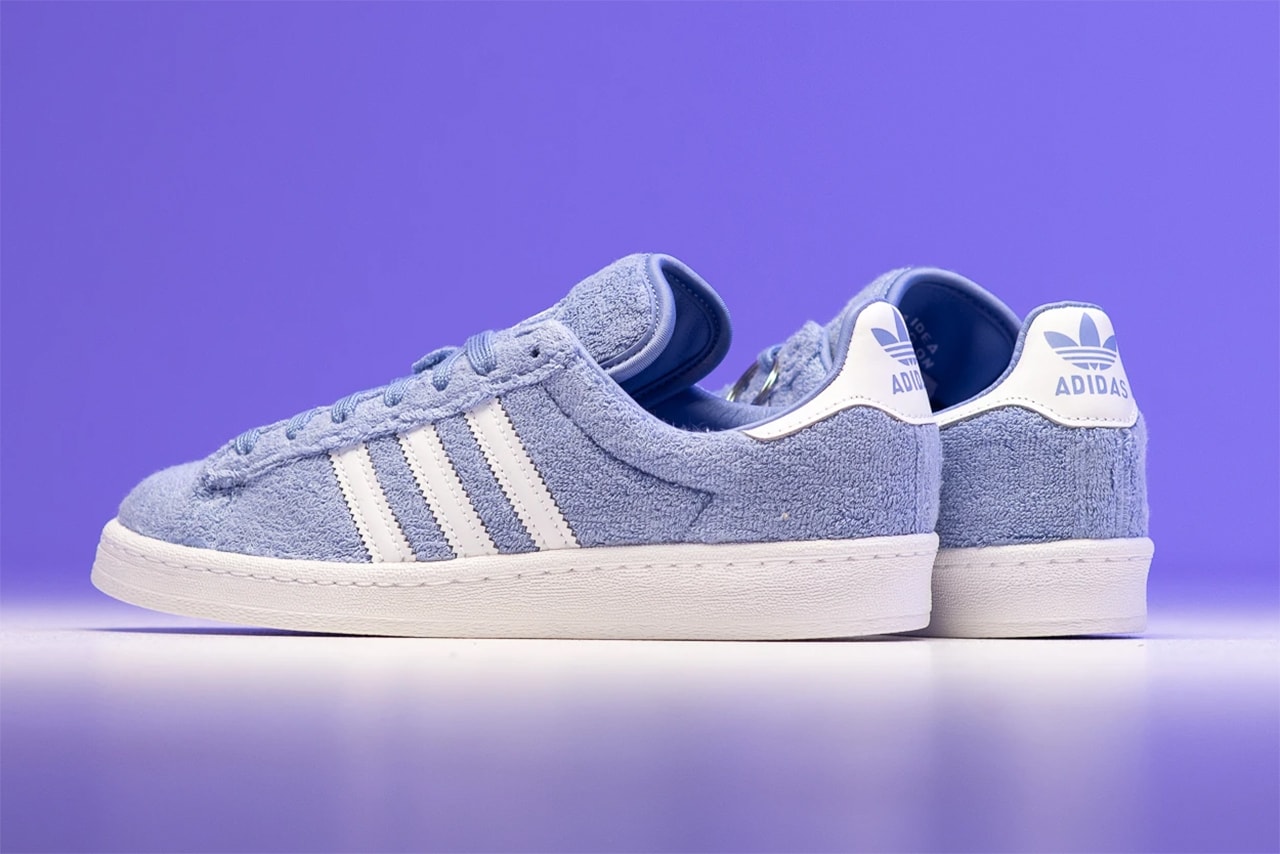 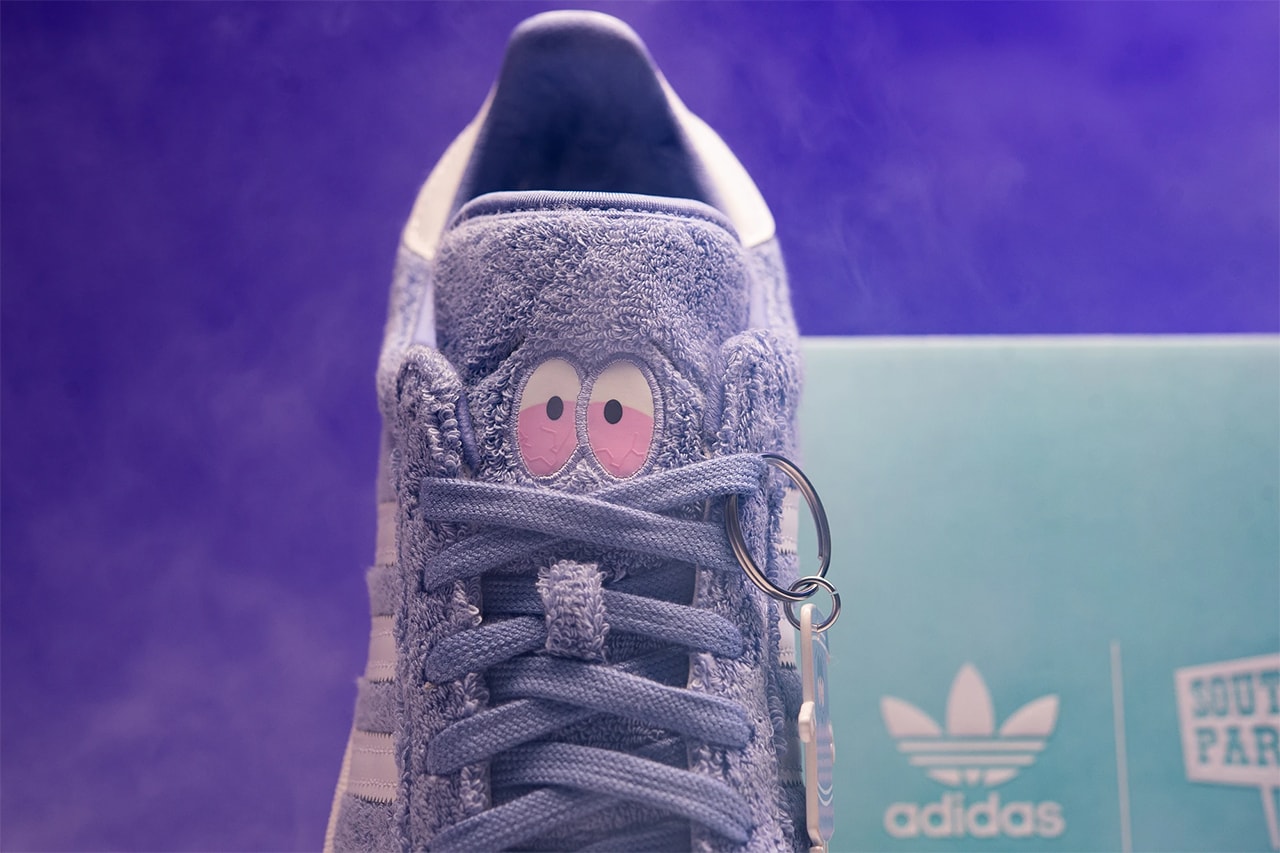 Release Date: April 20
Release Price: $100 USD
Where to Buy: adidas and Sneaker Politics
Why You Should Cop: South Park — one of the most classic American sitcoms — has teamed up with the Three Stripes to produce a cheeky Campus 80 collaboration devoted to Towelie. The character who is famously known for his antics when high off of cannabis, has been directly translated onto the classic silhouette in the form of hairy suede uppers and eyes that turn red when exposed to UV light. 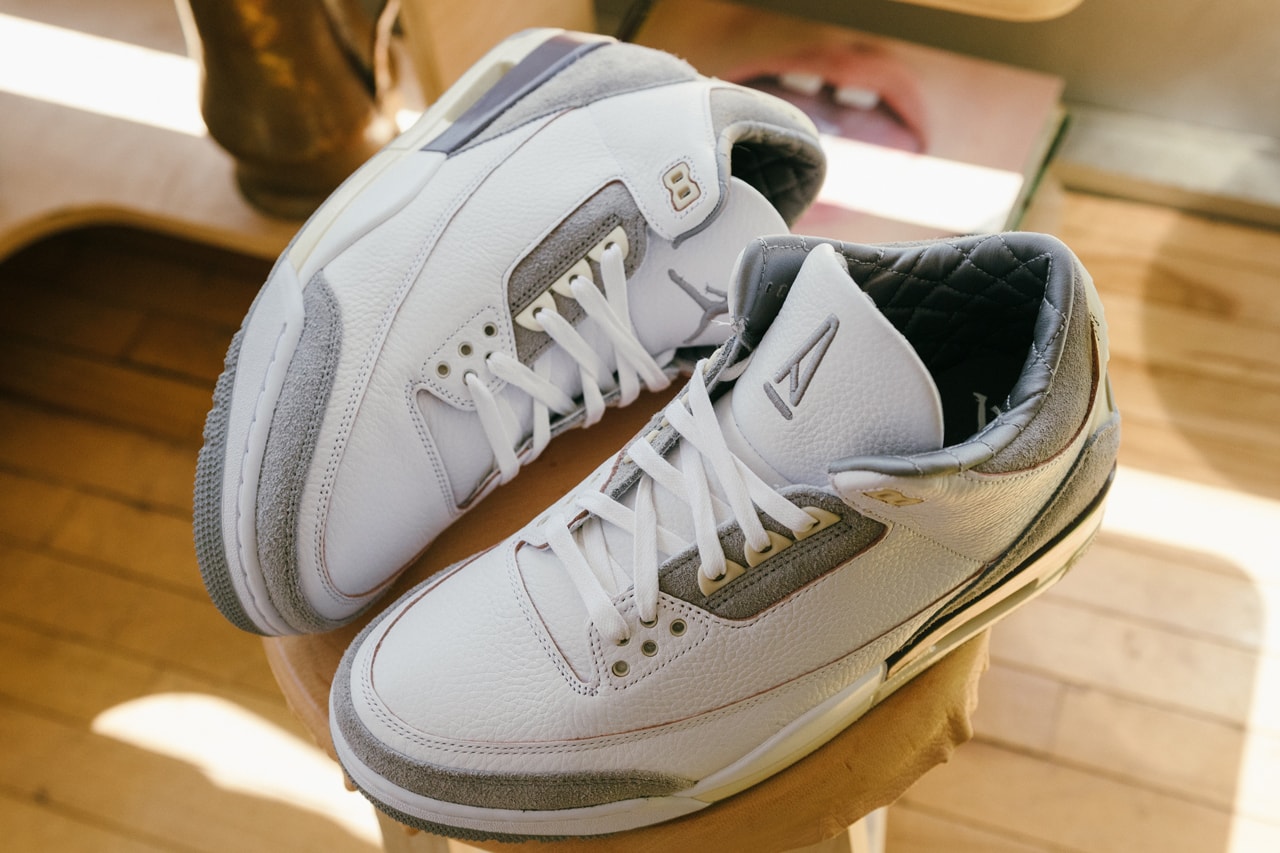 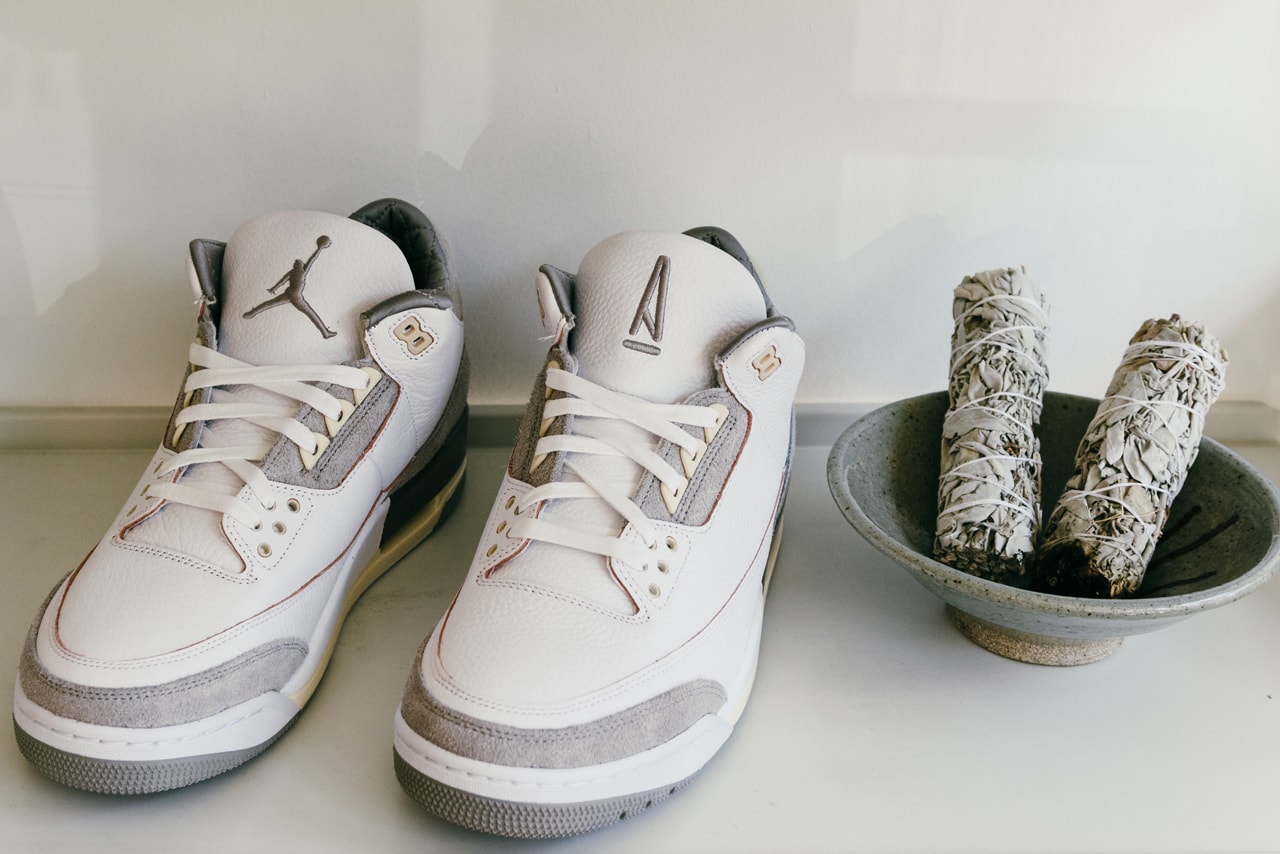 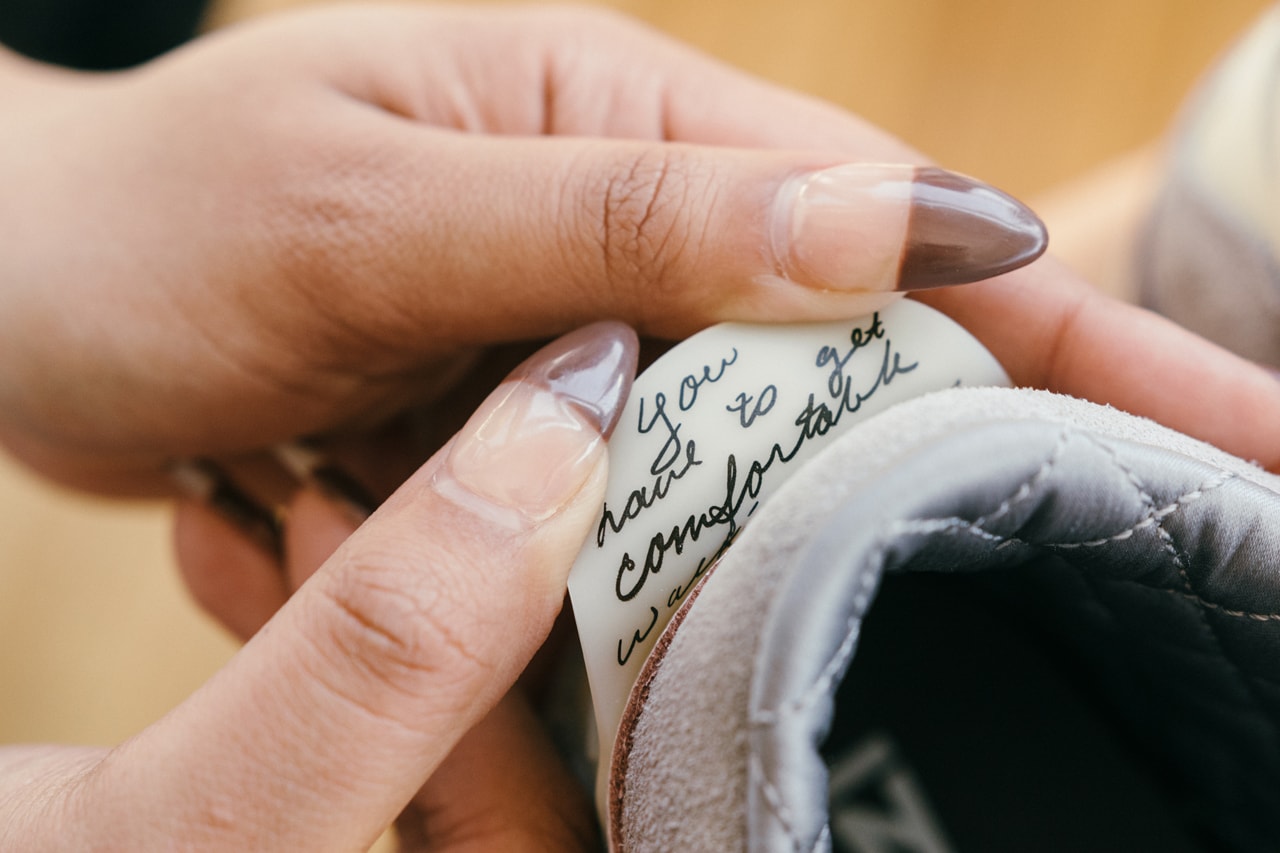 Release Date: April 21
Release Price: $200 USD
Where to Buy: A Ma Maniére
Why You Should Cop: A Ma Maniére has teamed up with Jordan Brand for a brand new collection that is devoted to women. As James Whitner recently told HYPEBEAST, “The primary purpose was to make something for women to get really excited about, but also something dope that the fellas would want.” The neutral heavy colorway is crafted with quilted interior liners, the more favored Nike Air logos and special messages on the insides of the heel pieces. 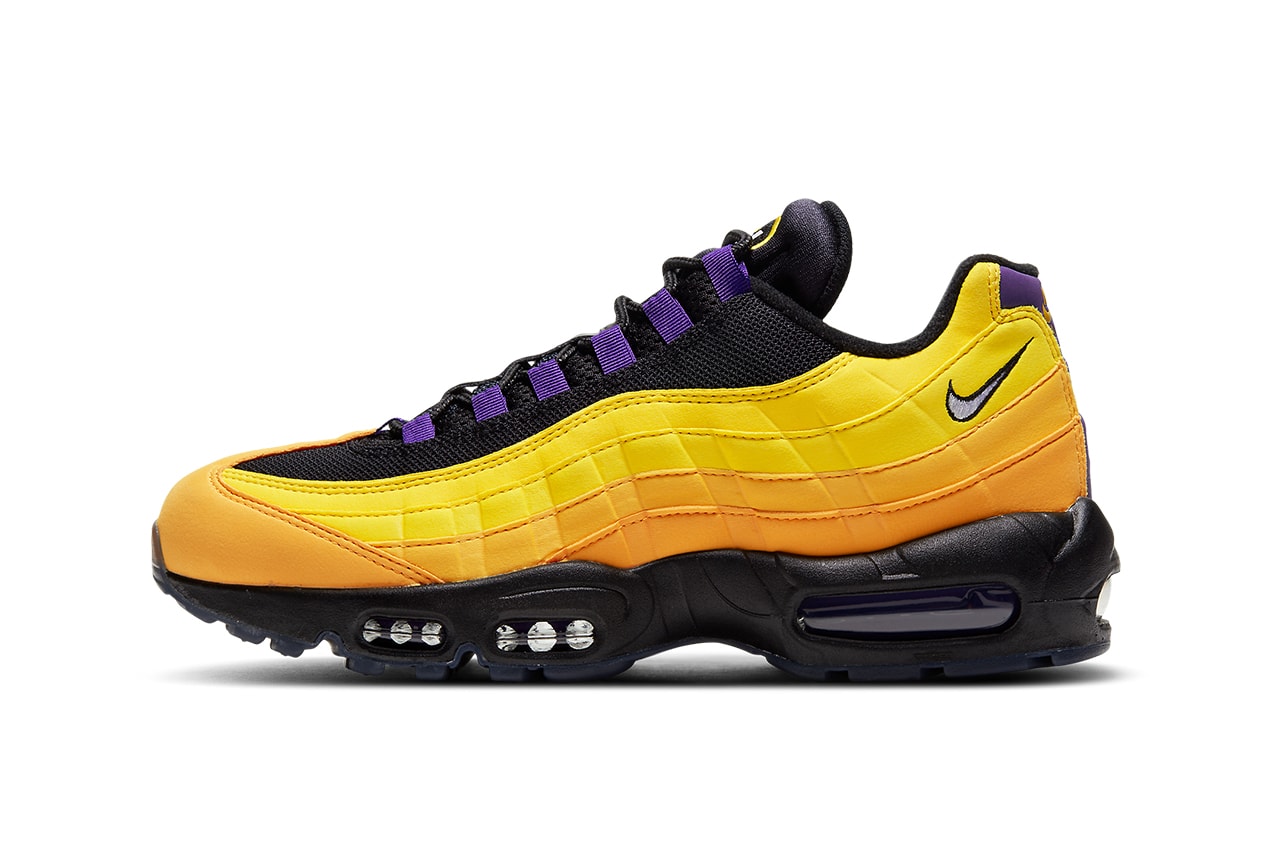 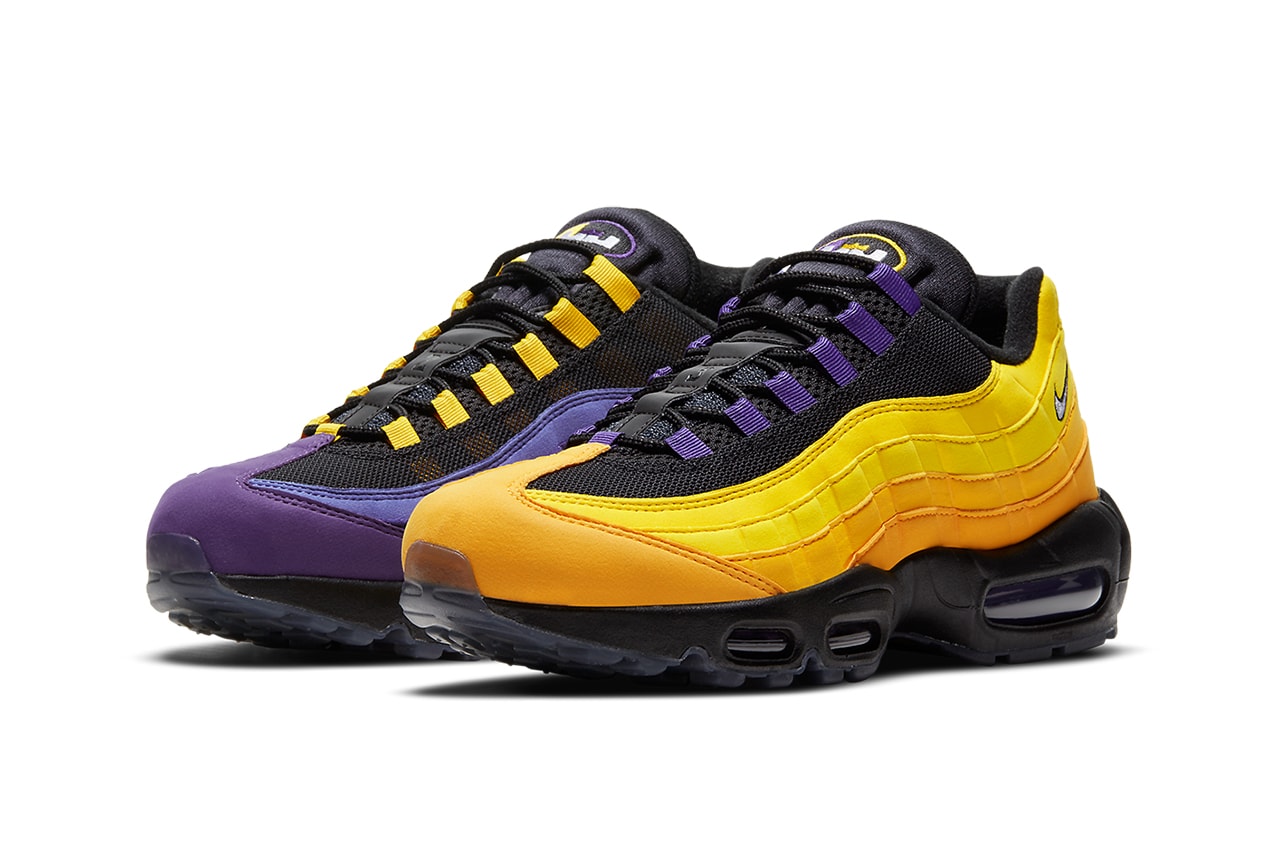 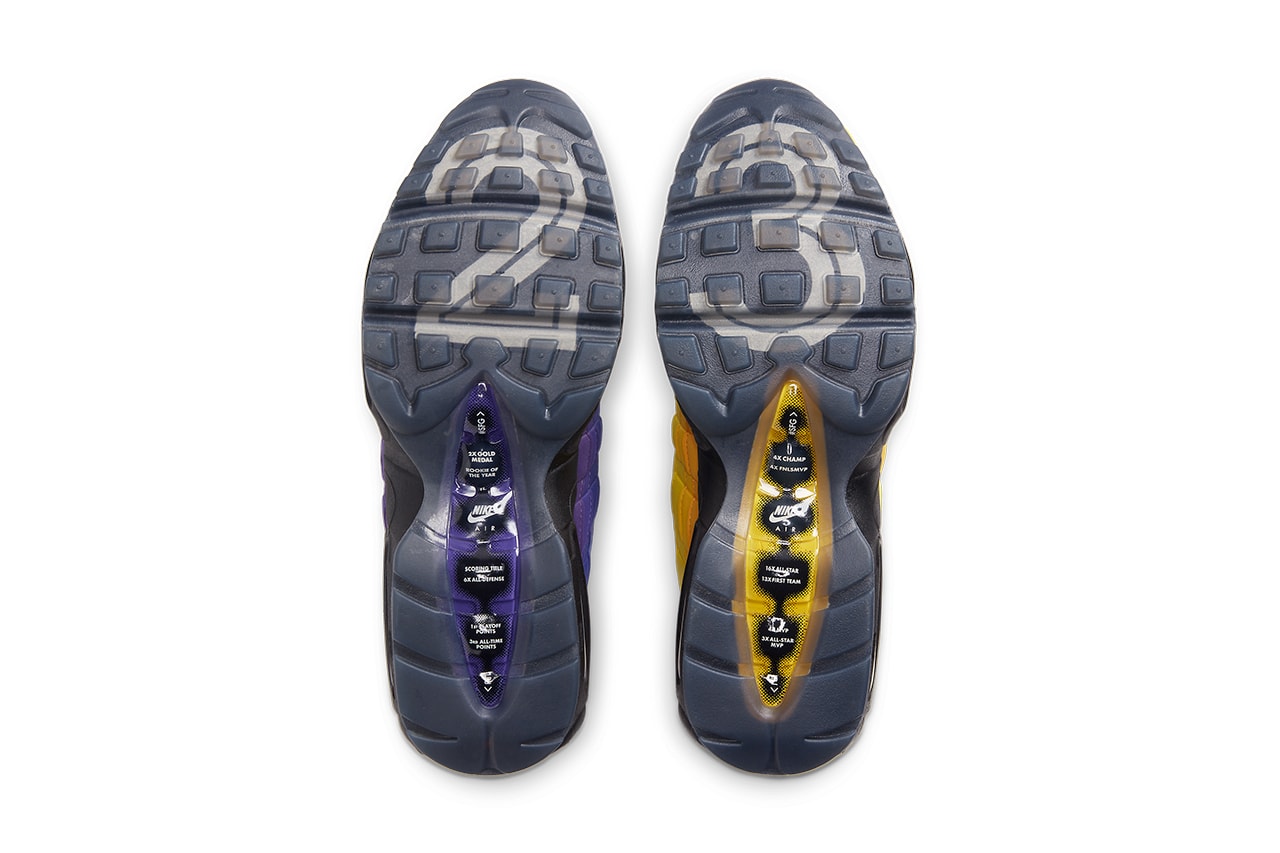 Release Date: April 21
Release Price: $170 USD
Where to Buy: Nike SNKRS
Why You Should Cop: LeBron James is and always will be one of Nike’s most valued roster members, and so the Swoosh has decided to craft the four-time champion a special Lakers-inspired Air Max 95. Each foot mismatches between purple and gold accents, and the outsoles of each side list out a set of the 18-year veteran’s accolades. 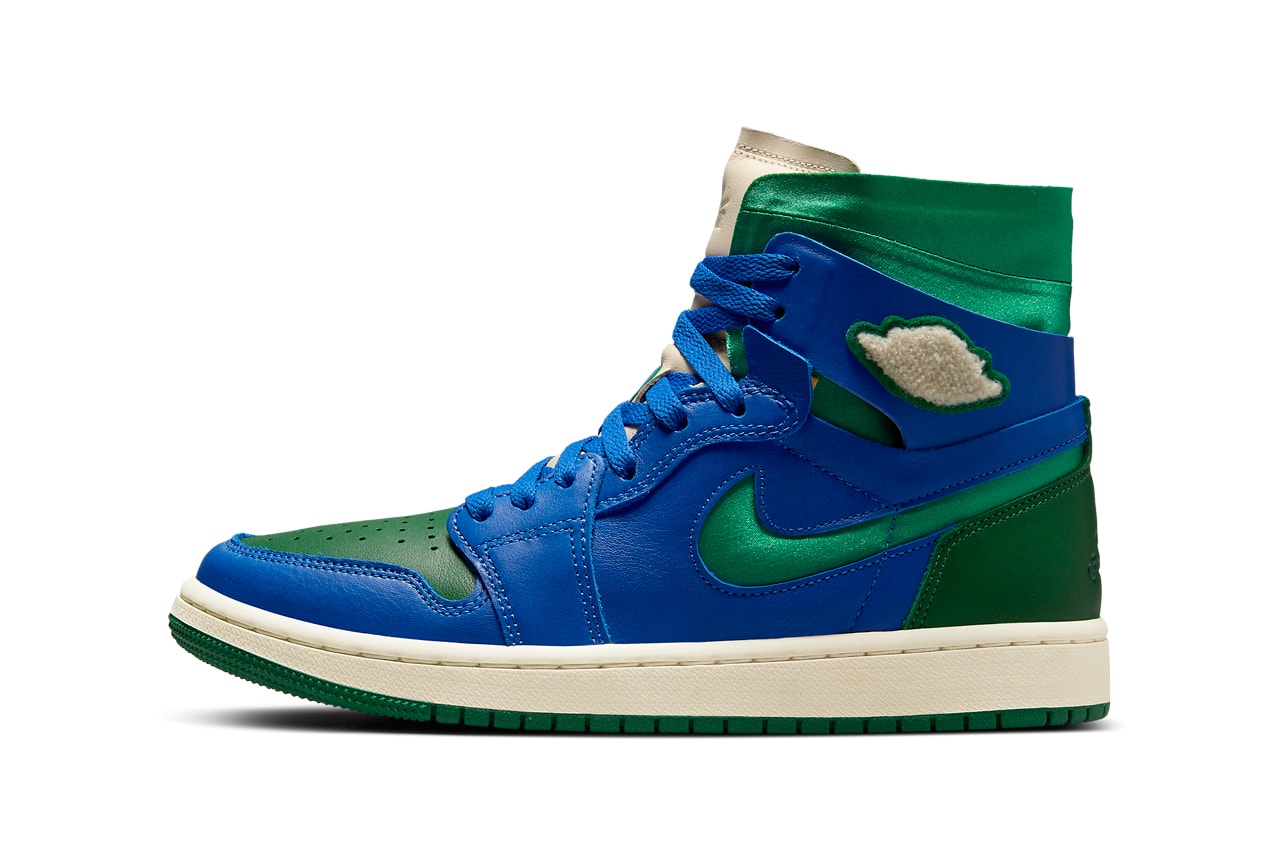 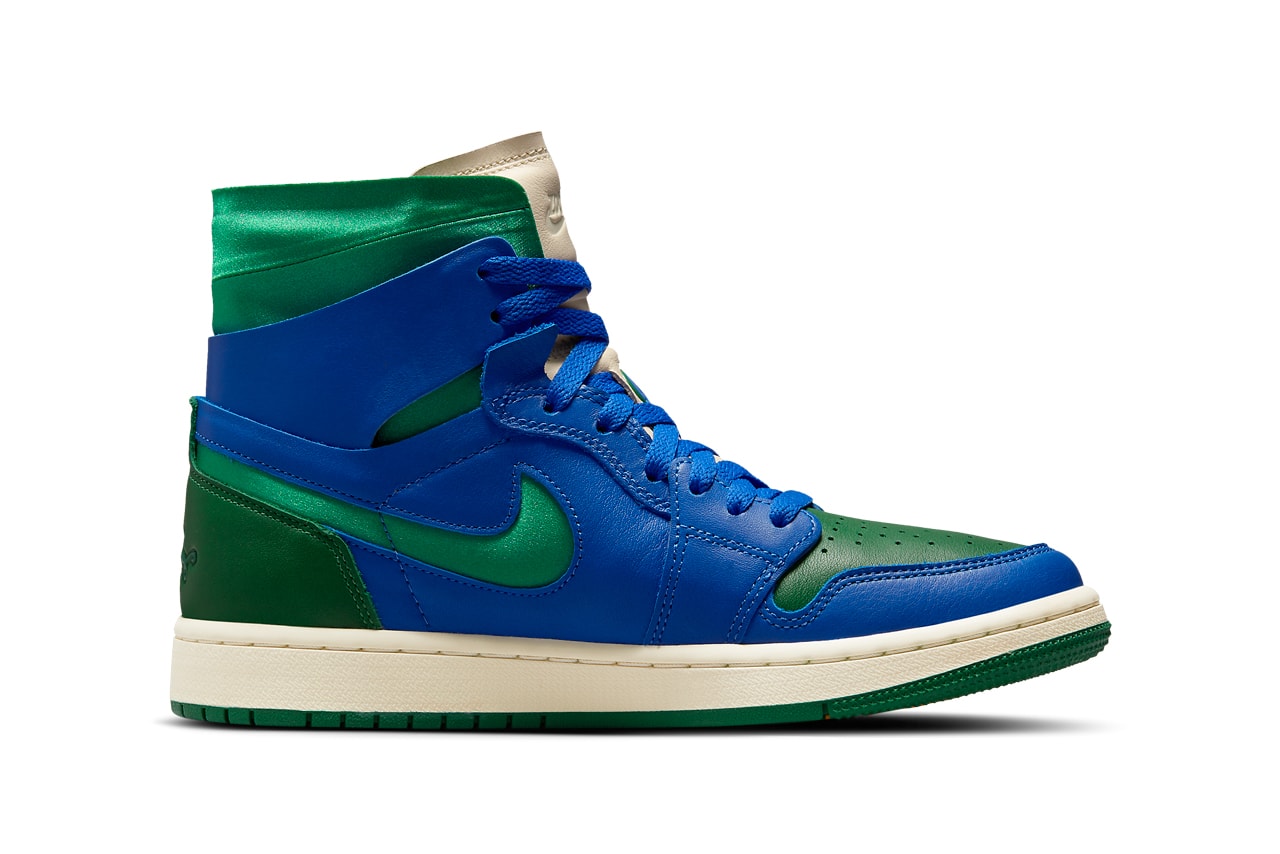 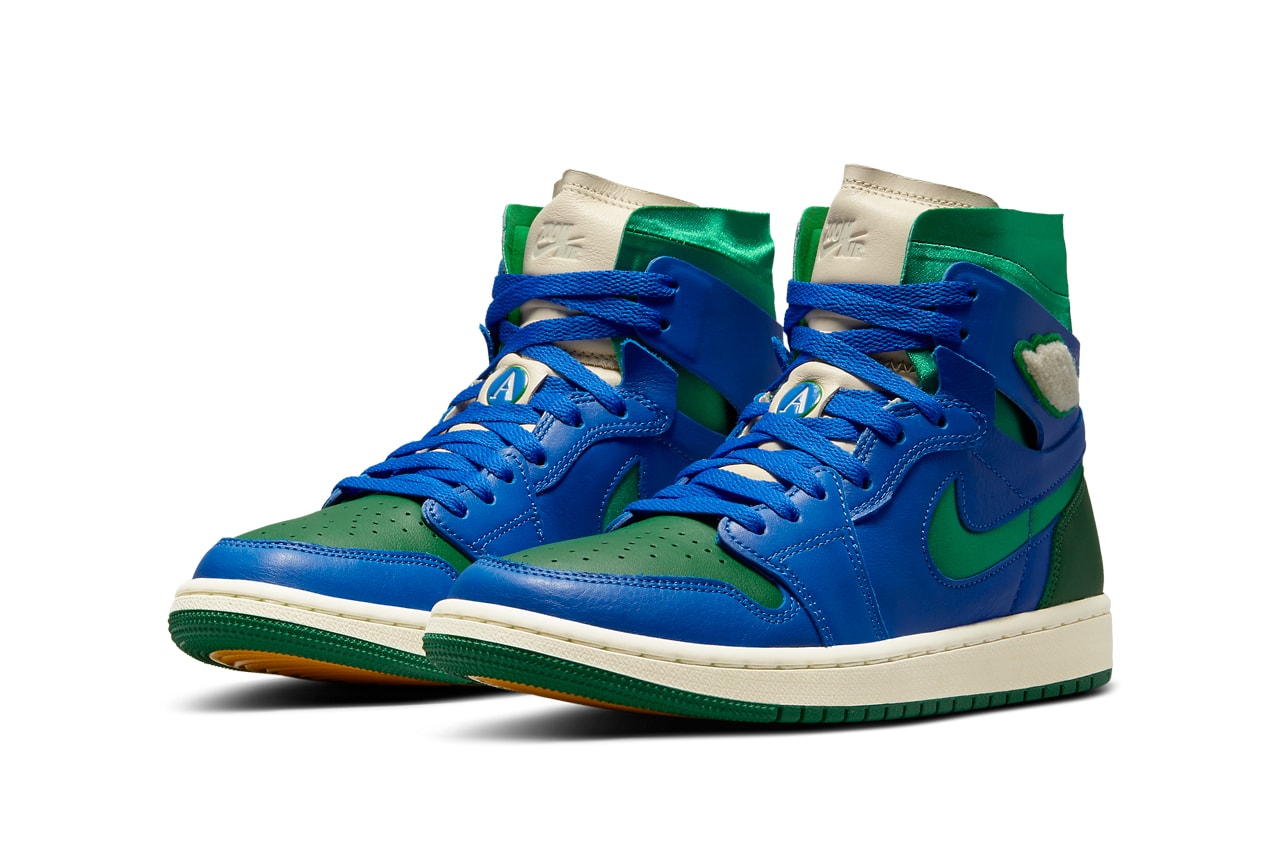 Release Date: April 22
Release Price: $140 USD
Where to Buy: Nike SNKRS
Why You Should Cop: Aleali May and Jordan Brand have reunited for a special collaboration of the Air Jordan 1 High Zoom CMFT. The pair is dubbed the “Califia” colorway and draws inspiration from the drill team that she was part of growing up. Two vivid tones of blue and green are pronounced throughout the upper’s smooth and satin leathers while the ball-and-wings logos contrast with a chenille-textured cream hue. Alongside the kicks is a full range of apparel that includes tees, tearaway pants, mesh tanks and more. 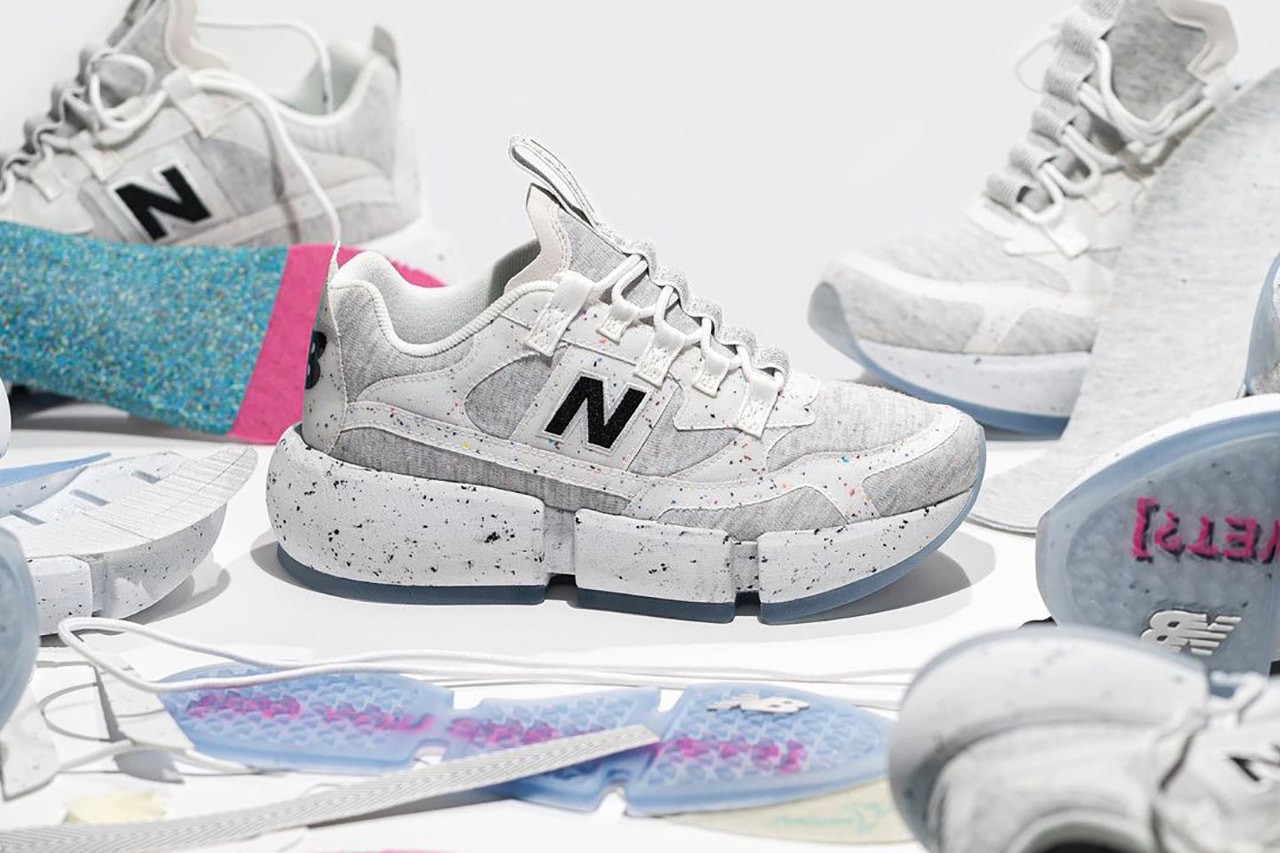 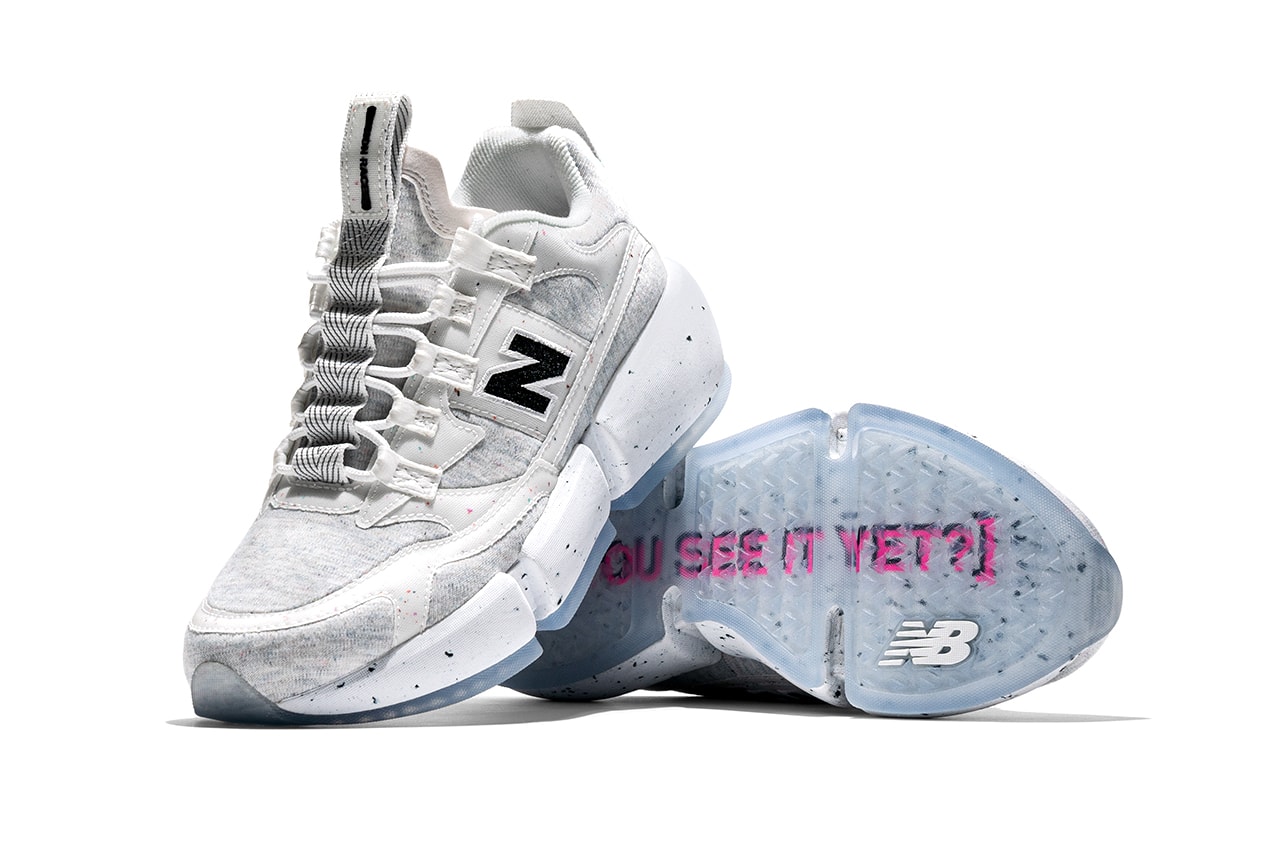 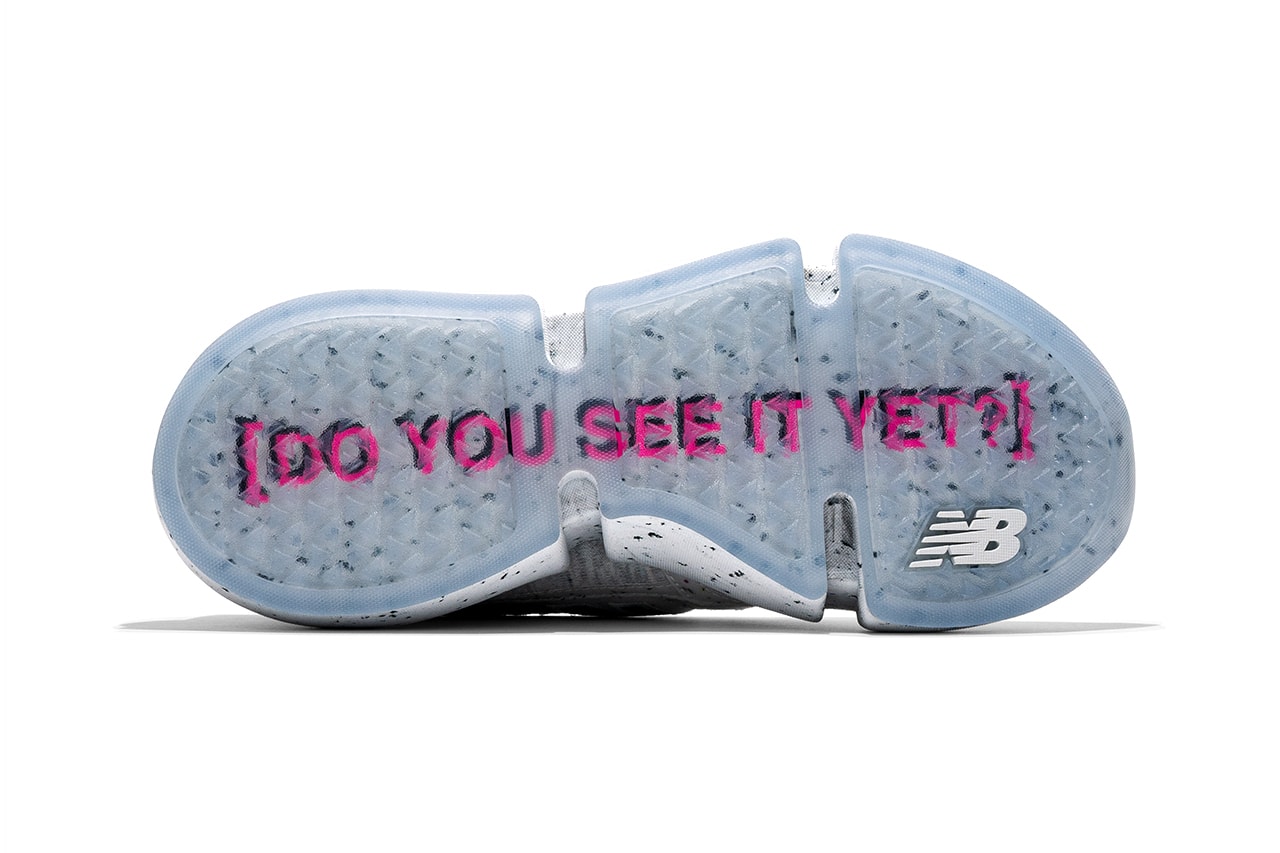 Release Date: April 22
Release Price: $150 USD
Where to Buy: New Balance
Why You Should Cop: Jaden Smith and New Balance are continuing its collaborations with its most sustainably made offering yet: the New Balance Vision Racer ReWorked. The overall shape of the shoe has not been altered, but the uppers are have been modified with 74% SPINNEX fiber, 16% recycled polyester and 10% Spandex, all of which have been dyed with a light grey complexion. Branding that is housed inside its hyaline treading has also been updated with a “[DO YOU SEE IT YET?]” spell out. 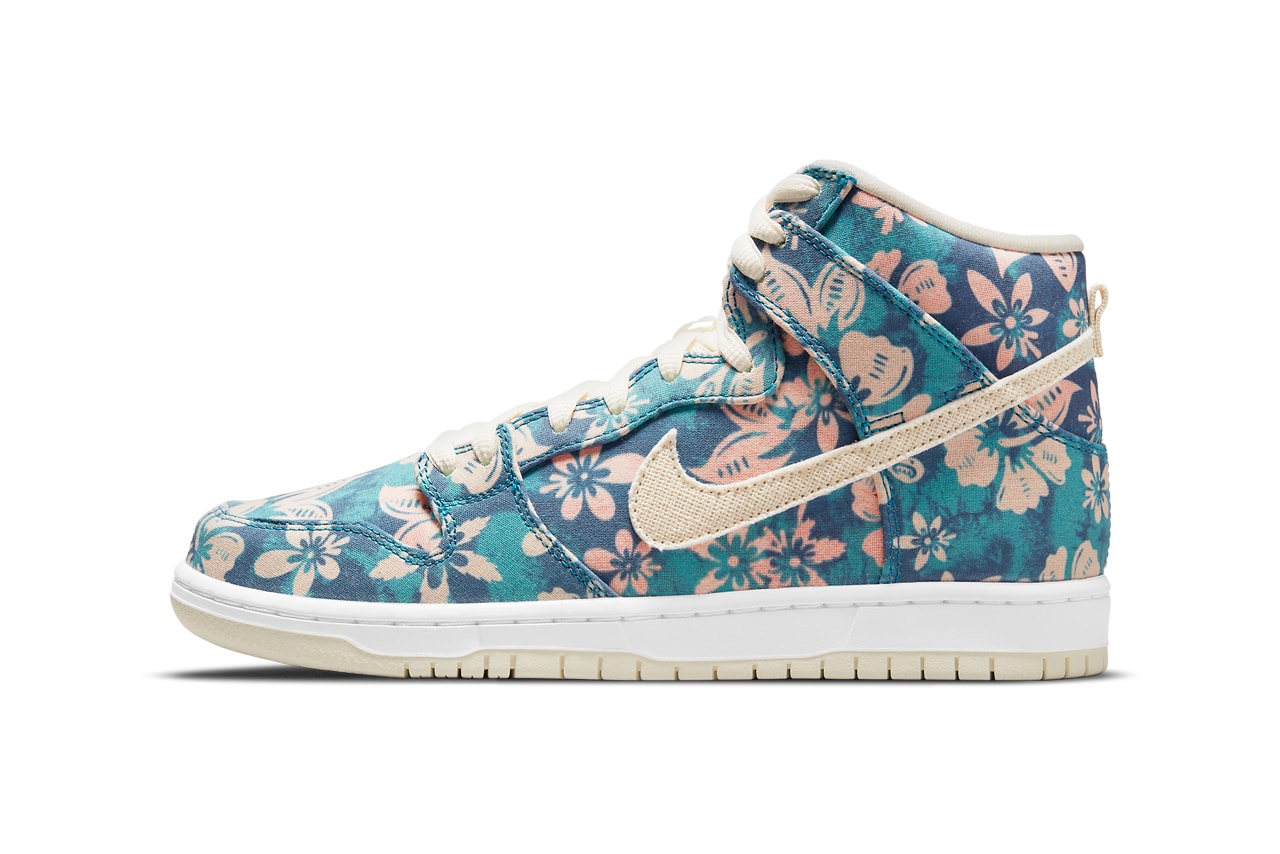 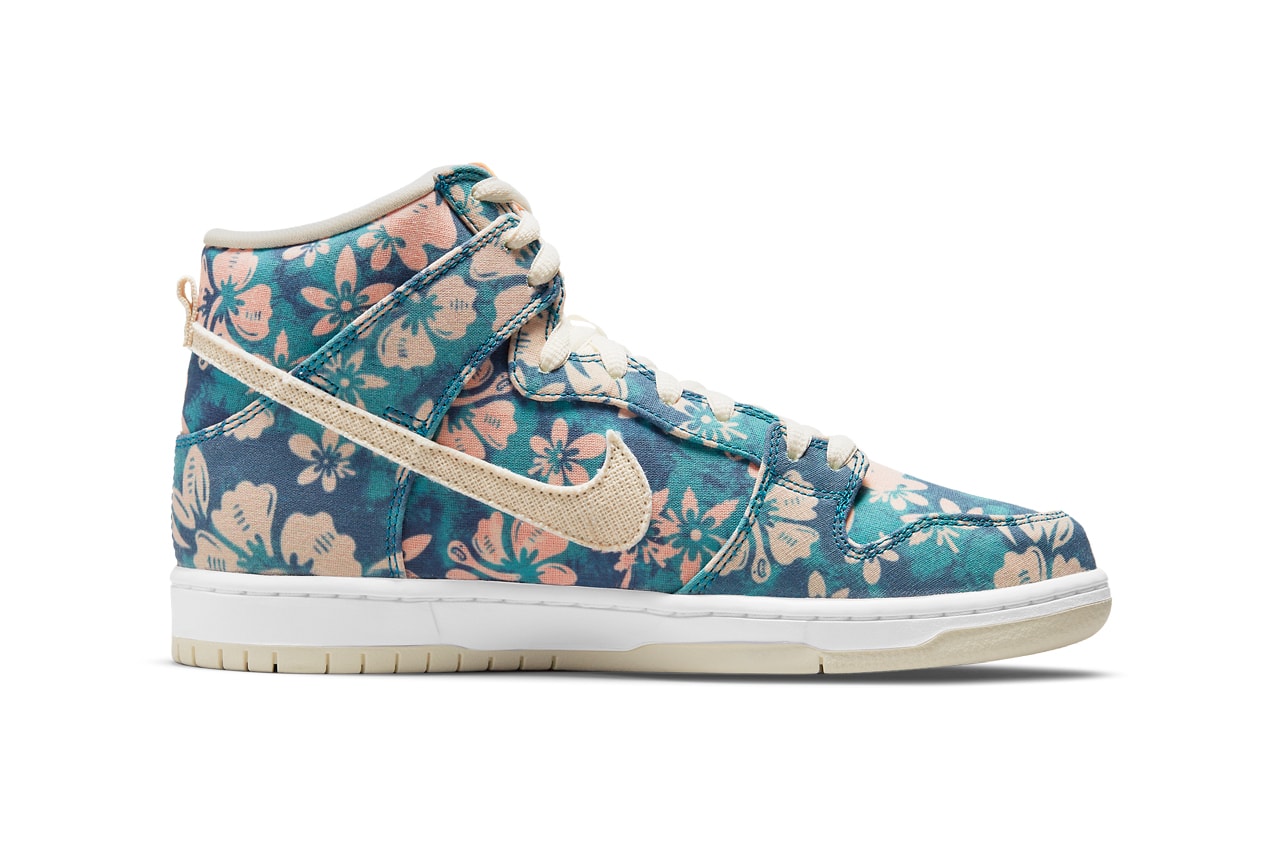 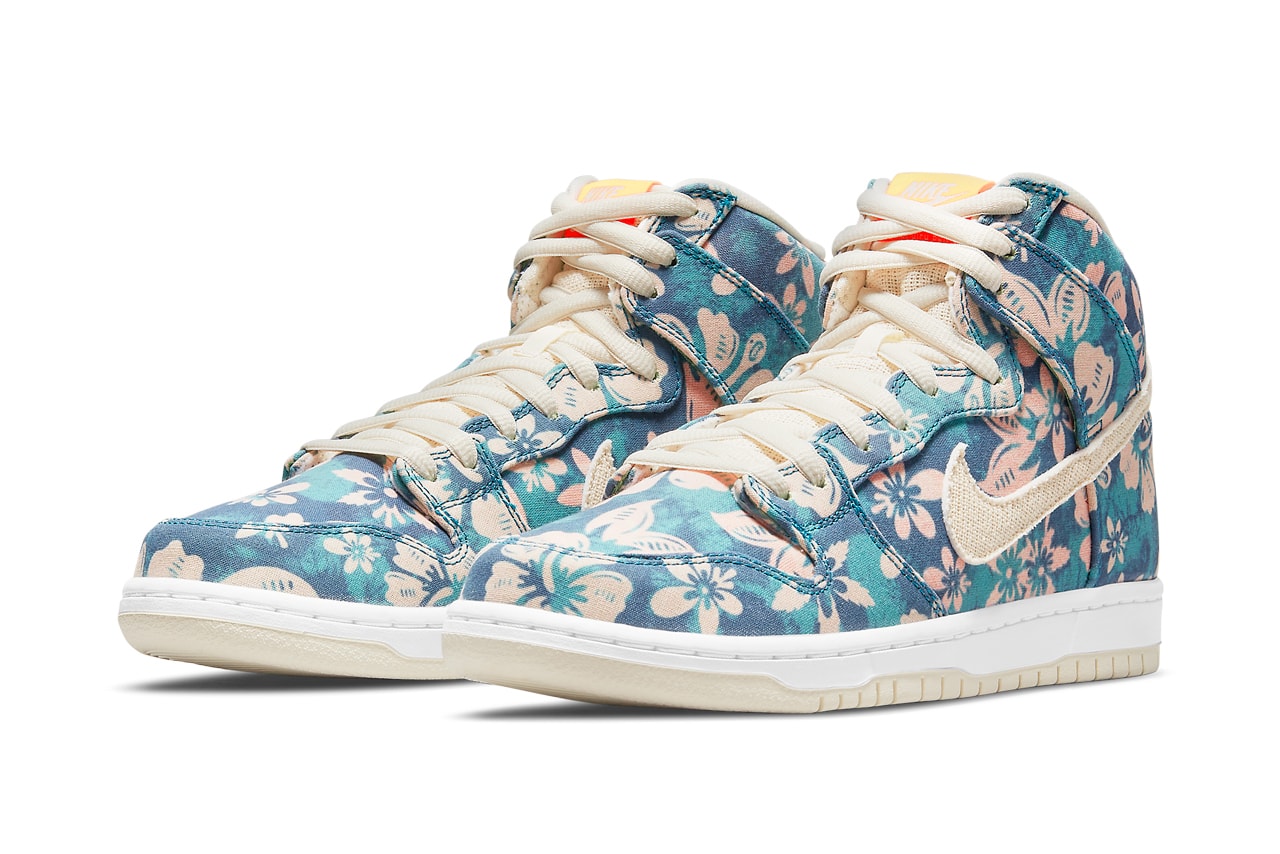 Release Date: April 23
Release Price: $120 USD
Where to Buy: Nike SNKRS
Why You Should Cop: In celebration of 4/20, Nike SB has produced a fresh new Dunk High colorway that extra playful in style. Tropical floral patterns line the entire upper and come packaged with peachy Swoosh logos and laces. Additionally, the base layers arrive with tearaway capabilities and reveal another loud all-over graphic with natural wear.

Release Date: April 23
Release Price: $180 USD
Where to Buy: adidas
Why You Should Cop: Nigo’s popula Human Made imprint continues its collaborative efforts with the Three Stripes by ushering in a reinterpretations of the Forum Lo, Country, adidas Originals tracksuits and more. Both footwear silhouettes trade out their usual midsoles for BOOST-cushioned footbeds and basketball tooling. Each color scheme is a regional exclusive: white/green is for North America and Latin America, gray/burgundy in Europe and navy/yellow/white in Asia-Pacific countries. 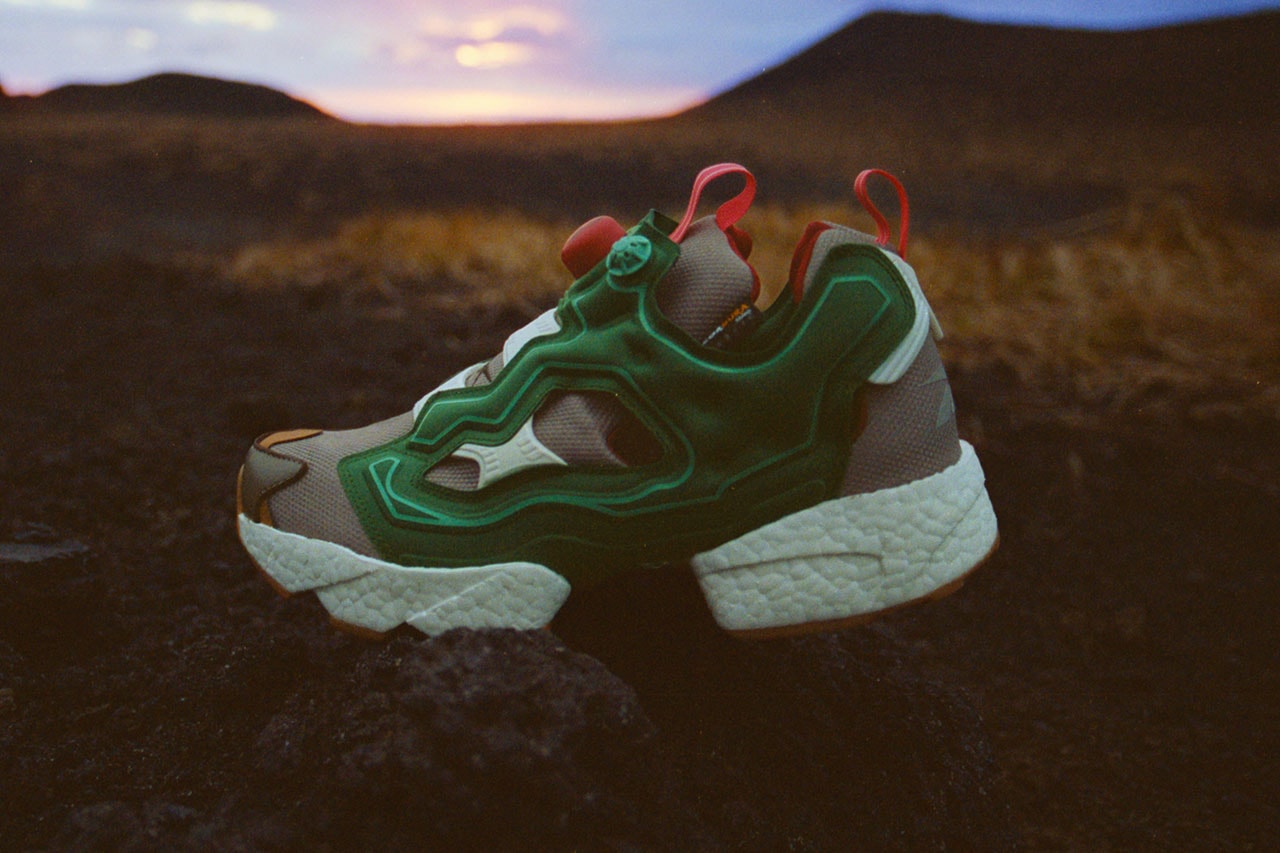 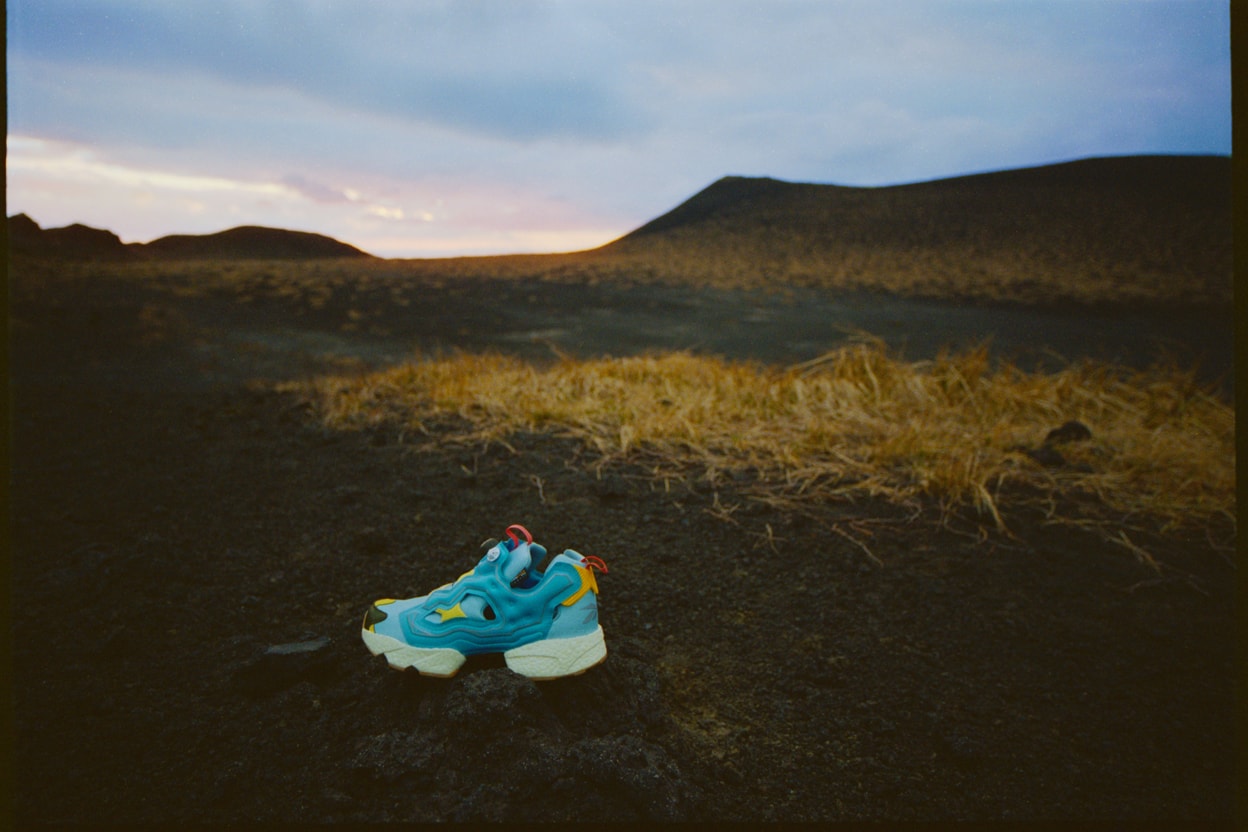 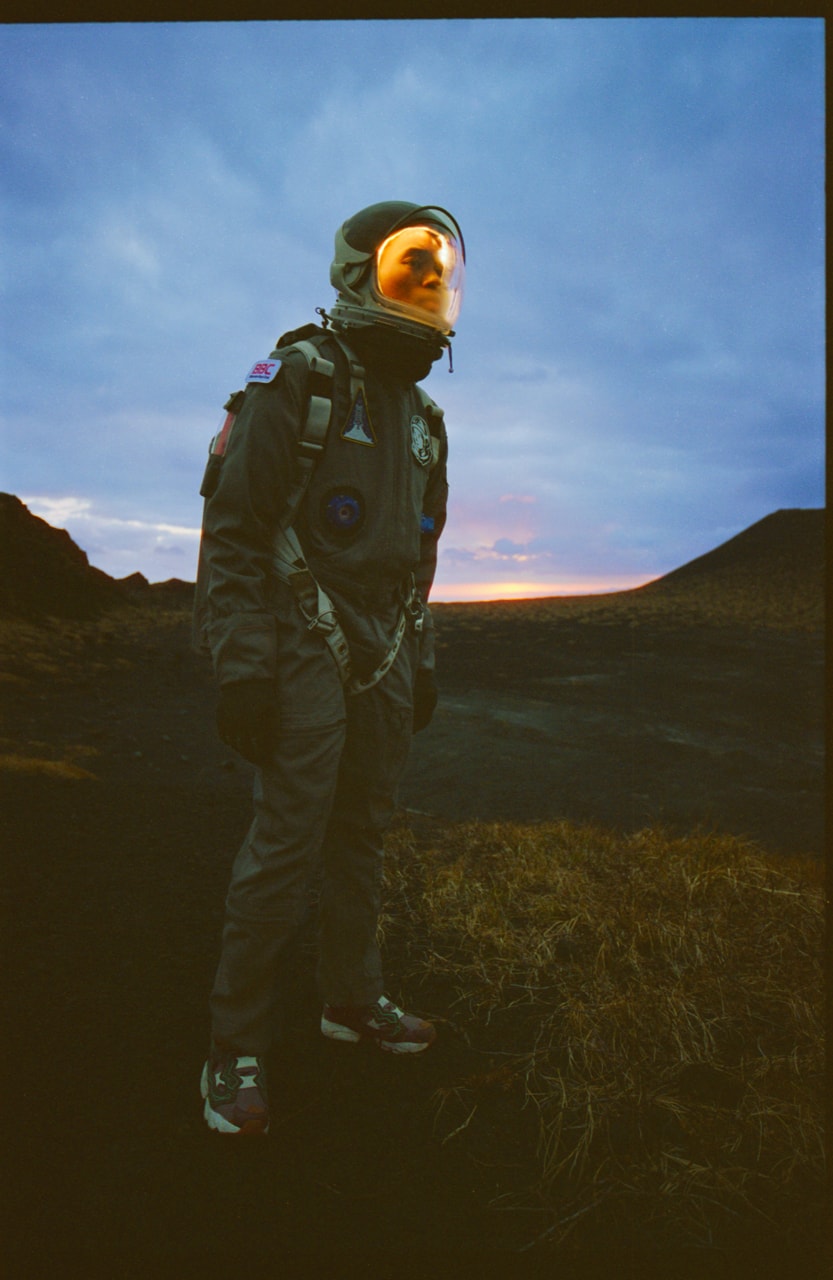 Release Date: April 23
Release Price: $200 USD
Where to Buy: BBC
Why You Should Cop: Billionaire Boys Club has once again been tapped by the folks of Reebok to build out a fresh new footwear collection that involves the Instapump Fury BOOST. Two colorways including the “Earth” and the “Water” are included in this range, both of which are treated with ultra tough Cordura, reflective 3M, premium leather toe boxes and BBC’s helmet theme on the Pump buttons. 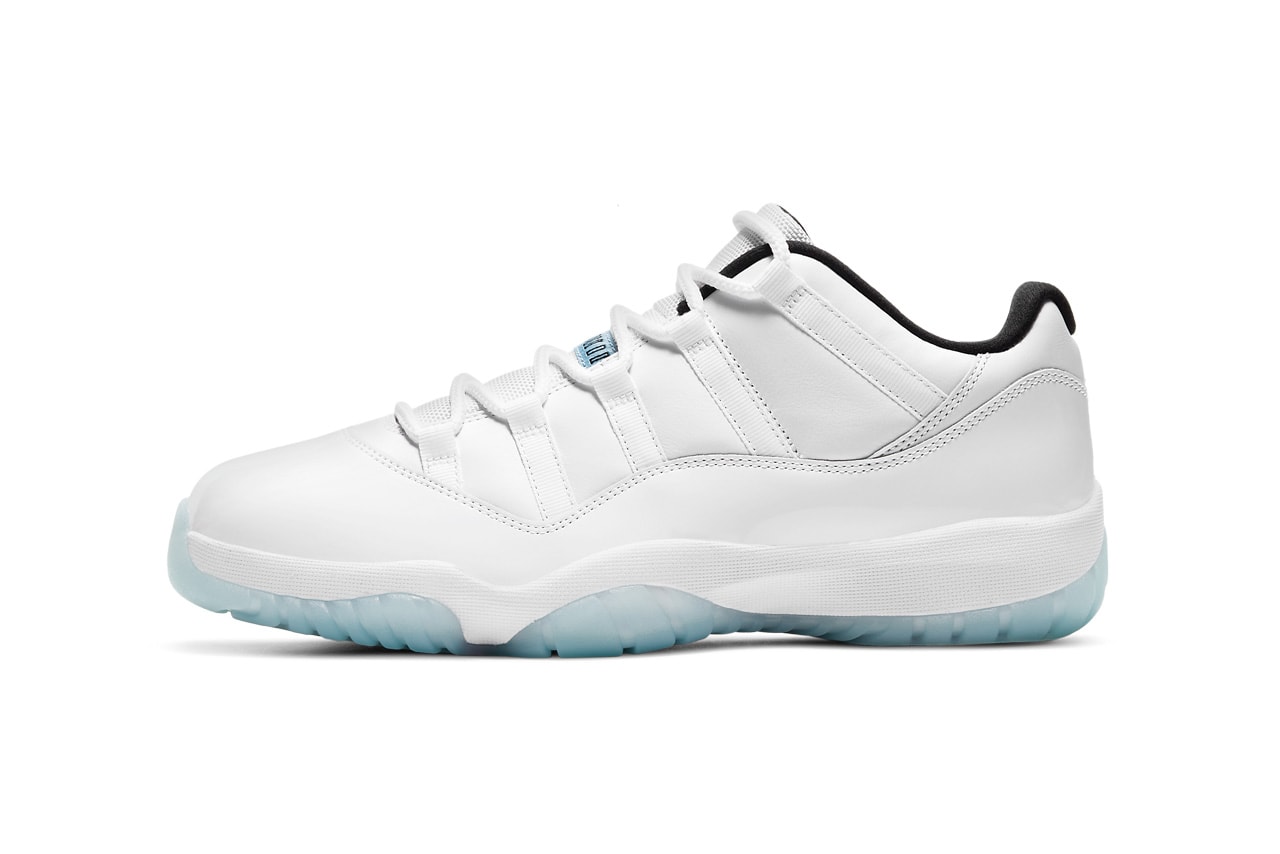 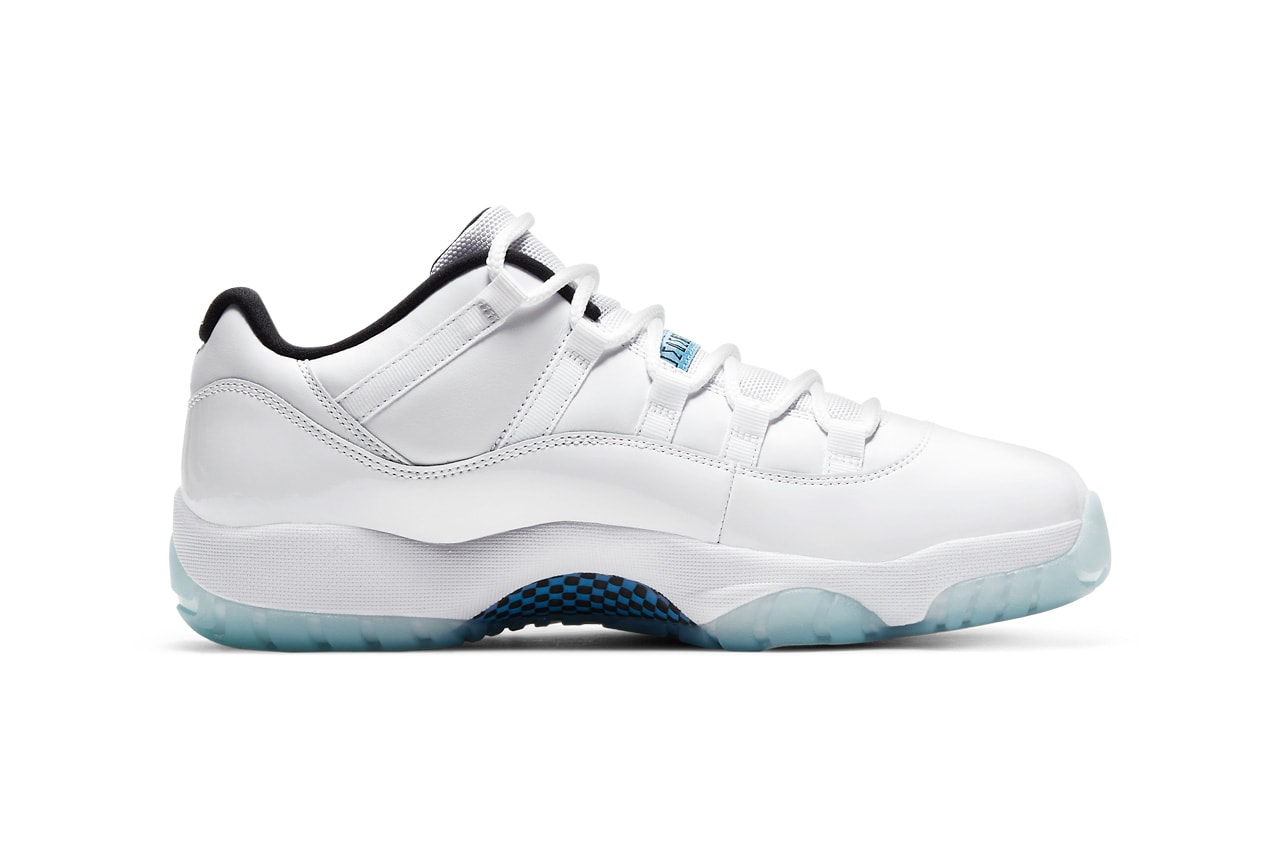 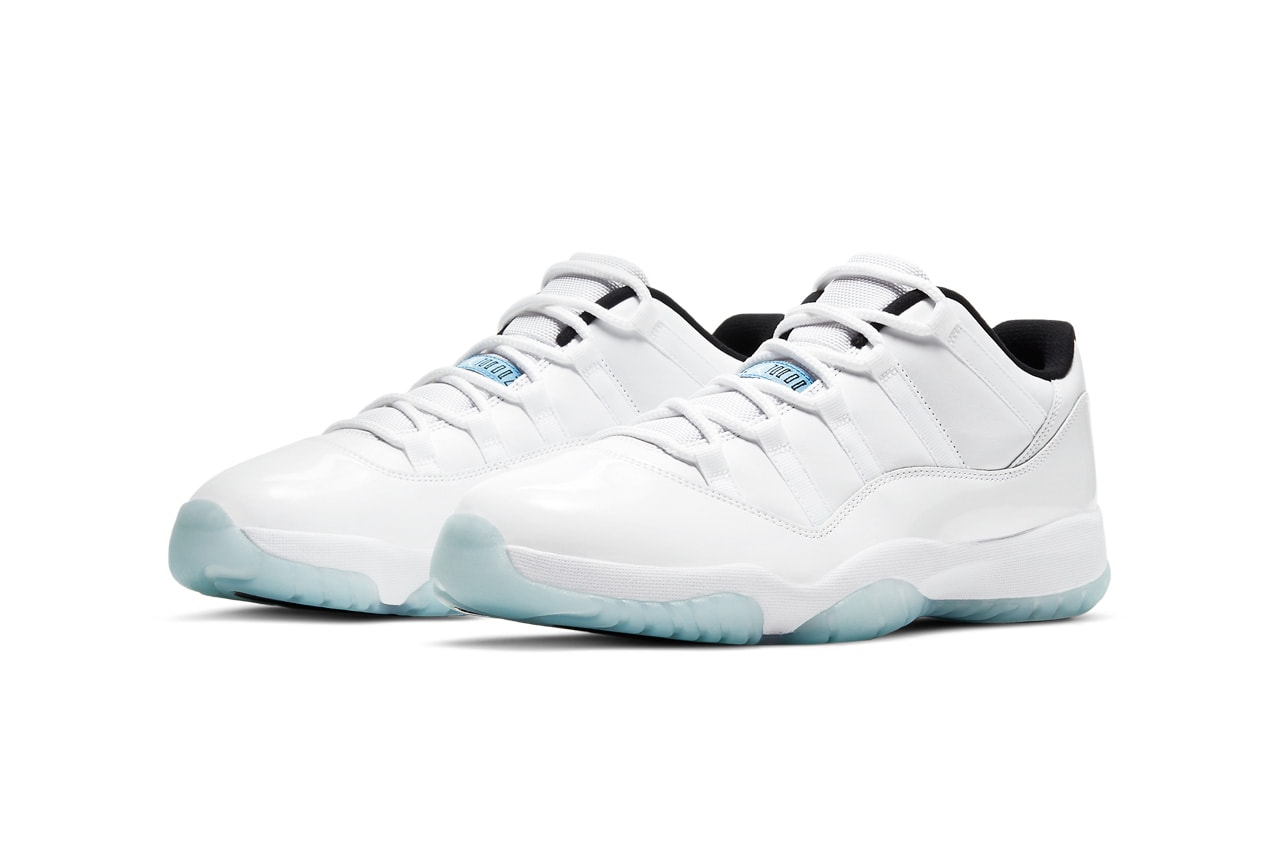 Release Date: April 24
Release Price: $185 USD
Where to Buy: Nike SNKRS
Why You Should Cop: Jordan Brand is set to bring back the OG “Columbia” color schemes this time for the Air Jordan 11 Low. Bereft of any ballistic mesh upper, this iteration opts to go with a leather base while its mudguards stick to the model’s glossy finishes. Insole branding trade out the usual “23” for a “25” hit — a potential nod to the 25th anniversary of the OG colorway’s debut. 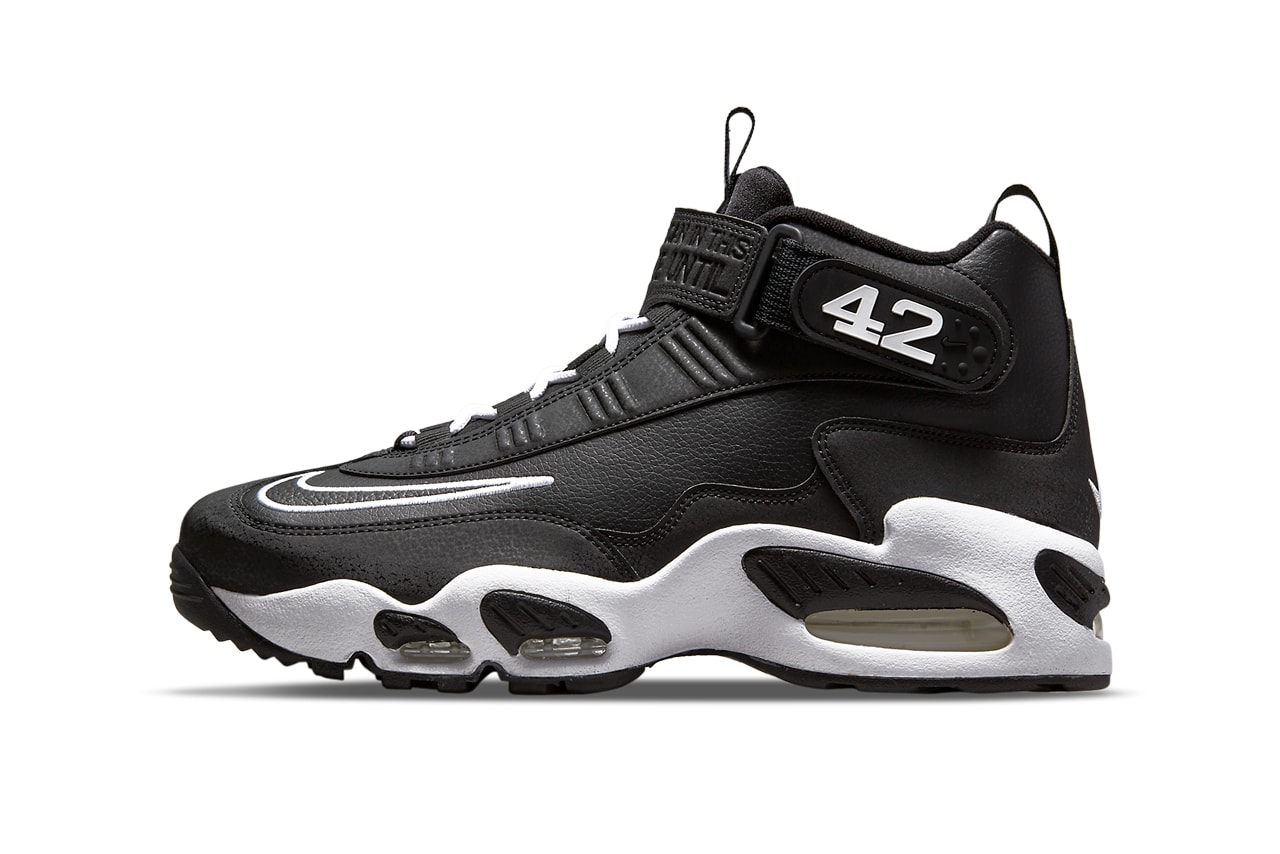 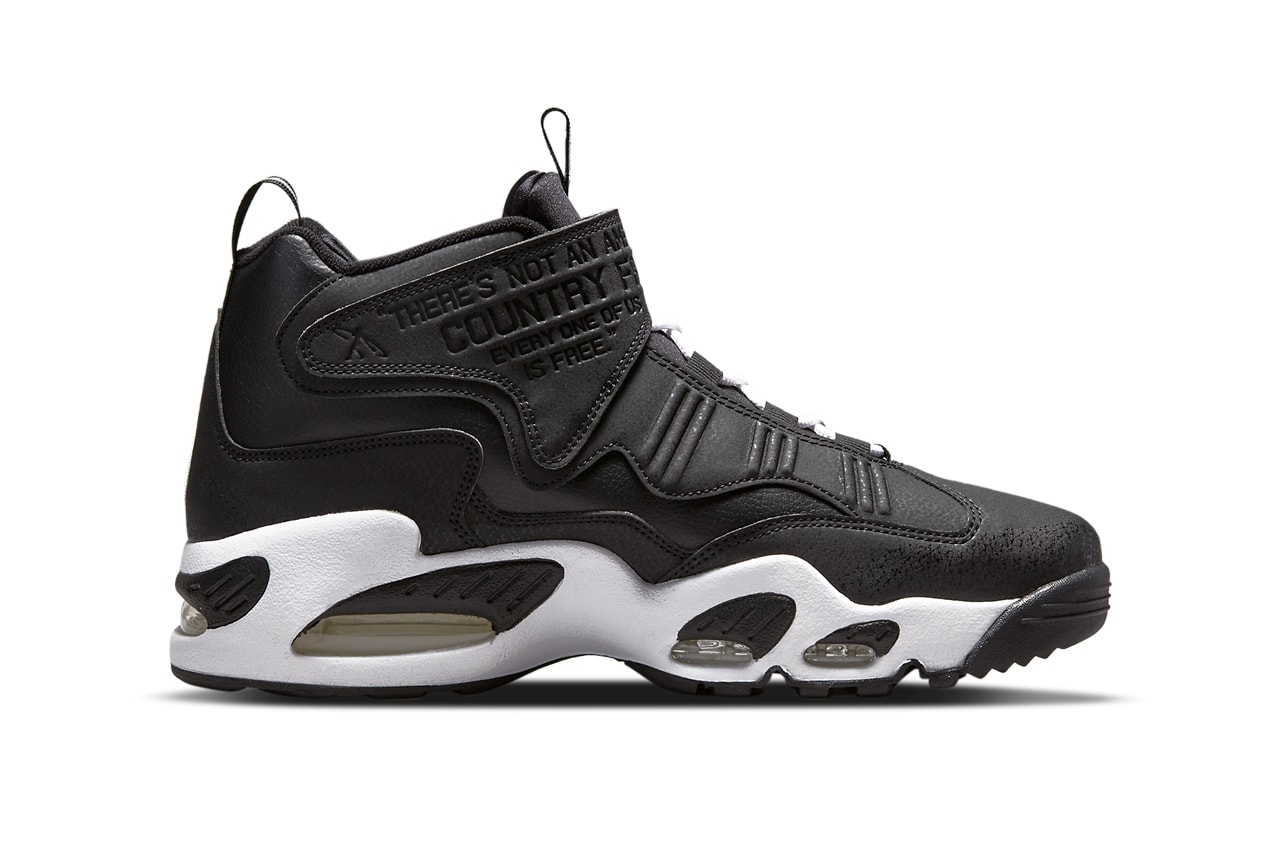 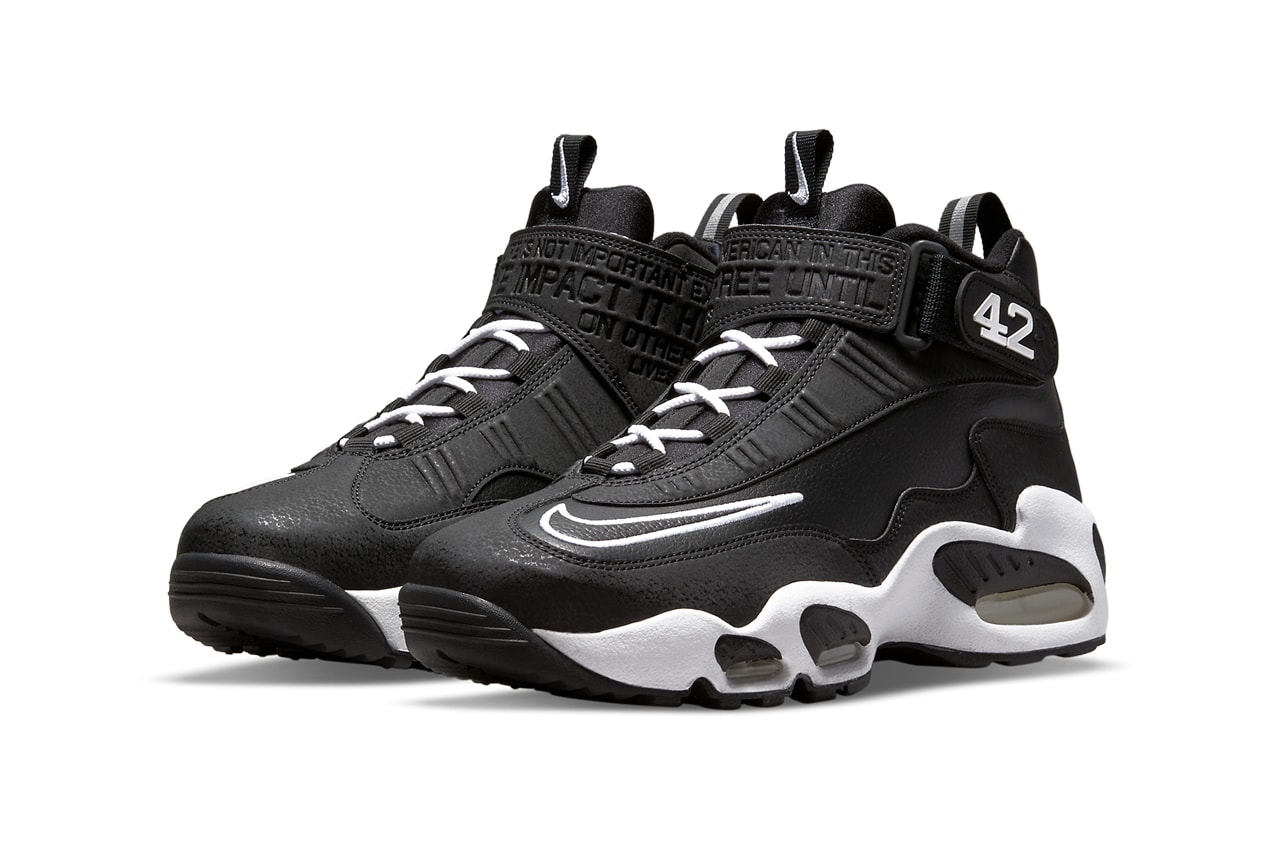 Release Date: April 24
Release Price: $185 USD
Where to Buy: Nike SNKRS
Why You Should Cop: 2021 has marked the resurgence of Ken Griffey Jr.’s popular Air Griffey Max 1 silhouette. After reviving OG makeups such as the “Freshwater” and the “Varsity Royal” offerings, Nike has now fashioned a brand new colorway inspired by Griffey’s hero: the honorable Jackie Robinson. The colorway itself is understated and only sports black and white tones, but features striking details such as the flipped “42” number on the strap and famous Robinson quotes split between each tongue.